Every time I see a new acne remedy in the beauty magazines I have to give it a try because having hormonal acne at my age (or any age) is no fun. The IlluMask Anti-Acne Light Therapy Mask is the latest thing, and the reviews in the magazines are positively “glowing” (pun intended)! Light therapy really works to treat acne and wrinkles, but most doctors will tell you there’s a big difference between the lights they use in the office and lights sold for home use.

The IlluMask for acne uses both blue and red light. The blue light kills bacteria, and the red light reduces inflammation, heals breakouts, and evens skin tone. When used for 15 minutes every day, the IlluMask promises a clearer complexion, fewer breakouts, less redness, and less oily, dry or flaky skin. The literature says that 78% of users reported better results than with their previous non-prescription treatment, and 93% reported improvement in their skin overall in just 2 weeks.

IlluMask costs $30 and works for 30 uses, so it costs a dollar a day ($360 for the year if you buy one mask a month). Above the on button there’s a counter that counts down from 30 to 0 so you know how many sessions are left. When the 30 uses are up, you throw it out and buy another.

I like it that the whole face is exposed to the lights at once rather than spot treating pimples like you do with other at home blue light devices. To use the mask, you wash your face, dry it, and don’t put on any lotion. You wear the mask like sunglasses, press the power button and relax for 15 minutes. The mask gives off a purple aura and aside from a slight warmth, you don’t feel the light at all. After 15 minutes the lights go off automatically (I usually fell asleep, and the fade to darkness would wake me up). I found the mask to be a little heavy and slightly uncomfortable on the bridge of my nose after the first 5 minutes.

Toward the end of my masks life, the blue lights seemed to become weaker. I noticed the aura wasn’t purple any more, but more orangey red indicating to me that the blue bulbs weren’t lighting for the last 2-3 sessions. My other problems with the mask are that they don’t recommend using moisturizer after washing my face so my skin began to feel dry during the 15 minute session, and that it’s disposable. I don’t like the idea of throwing the whole thing away each month.

So, now for the big question… Did it work?

If I hadn’t taken before and after pictures, I would have said it works. During the month I used it, I felt like my breakouts were less frequent, the pimples were smaller and went away faster. I felt like the red scars they left behind were fading faster too… then I looked at the pictures and I was so disappointed!

I used IlluMask every day for the full 30 days, but I don’t see any difference in the pictures, so I won’t be buying this again.

Listen to My Interview with Lizzy O’Leary on NPR 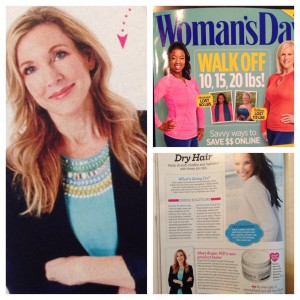 Thanks for checking out my blog! My most recent posts are shown to the left, but feel free to poke around using the tabs at the top or the search bar. If you prefer video you can use the tab at the top to go to my YouTube Channel! xo ~angie

All Posts By Topic